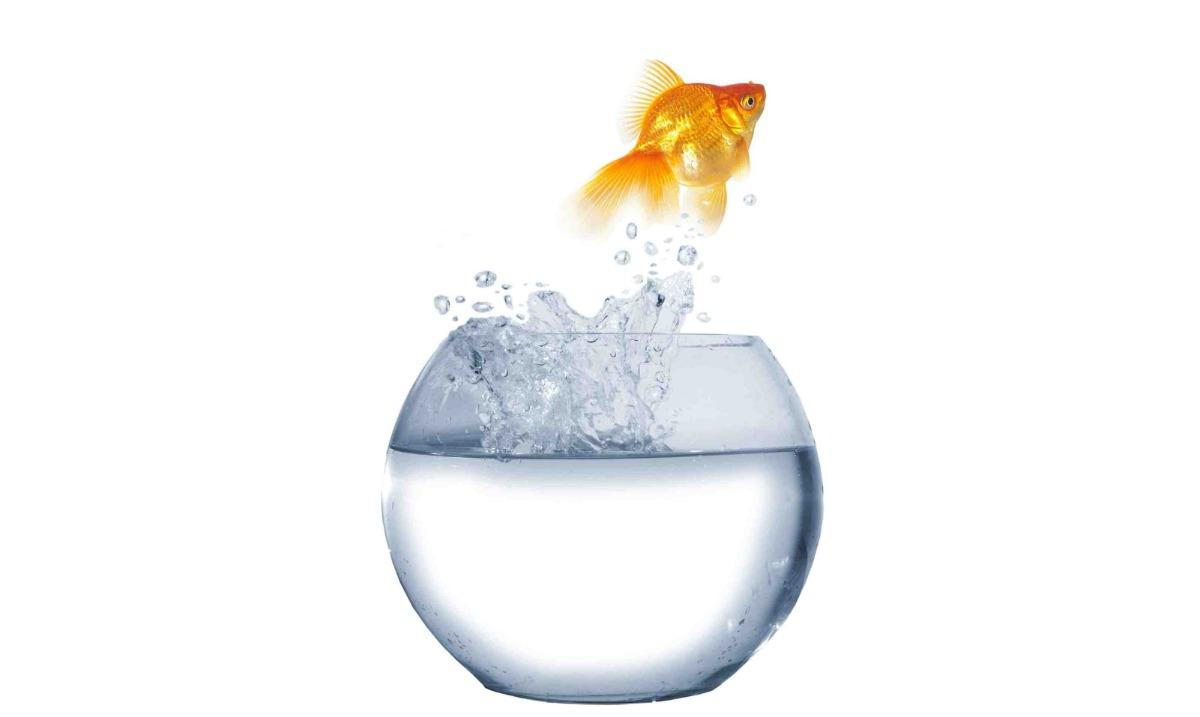 Have you seen animals that seem to kill themselves and end up wondering do animals commit suicide? The short answer is no, it is not suicide. So what is it then?

Illustrated London News featured a story in 1845 about a dog who reportedly threw himself into a river. Not only did he throw himself into the water, but his legs and feet were kept perfectly still, which is very unusual. The story gets stranger, the dog was rescued from the water, only to hasten back and try to sink himself again. Apparently, the dog finally succeeded in his mission for suicide and died.

The Victorian press suggests that this dog was not alone in his apparent attempt for suicide. Shortly after the case with the dog, another two cases appeared. There was a duck that drowned on purpose and a cat that hung itself on a branch after witnessing the death of her kittens.  So what exactly was going on with these animals?

It is believed that animals do suffer mental health issues in a similar way that humans do. Animals can feel stressed and can also get depressed. These are factors that can contribute to or leads to suicide in humans. We also know that some behaviors that were once thought to be unique to humans are now being seen in other animals. But is suicide one of those?  Do animals really attempt suicide and know they’re doing it?

This question is not a new one. Over 2000 years ago the ancient Greeks considered this question as well. As a matter of fact, an entire book was devoted to the subject in the second century AD by the Greek scholar Claudius Aelian. He cited 21 apparent attempts of animals to take their lives. Included in the list of animals was a dolphin who allowed himself to be captured.

There were also several stories of animals that starved themselves to death after their owners died. And another of an eagle that sacrificed itself after the death of his master by composting on a pyre. There was a wild stag that was being pursued and fell into the jaws of an awful death instead of being overtaken by its pursuers.

ANIMAL SUICIDE IN THE 19TH CENTURY

The idea of animal suicide has been popular since the 19th century. William Lauder Lindsay, a psychiatrist, attributed these animal deaths to a suicidal Melancholia.  He noted that the animals could have been literally filled with mania and fury right before their apparent suicide.

With all the seeming cases, animal rights groups and activists were trying to humanize animal emotions during this time. They wanted to show that animals could share the same type of intent and self-reflection that humans have. In the RSPCA Journal of 1875, the image on the cover was a stag jumping to its death.

Advances in medicine in the 20th century showed that there is a clinical side to human suicide, and as this emerged, the idea that animals could be suicidal, dwindled.

New focus then shifted to suicide that was affecting the larger population and suicide was becoming more of a social malady.  There are examples of lemmings who march right off clifts and the occurrence of mass whale strandings.

It is thought that animal rights activities were not seeking to answer whether or not animals were attempting suicide, instead were aiming at revealing changed attitudes to human suicide and reflecting this in stories about animals. There was however another researcher that wanted to answer the question head-on. He was Antonio Preti. Preti was a psychiatrist at the University of Cagliari in Italy.  He looked at many instances that were published over 40 years to include more than 1,000 studies that have no evidence of animals knowingly attempting suicide in the wild.

Researchers are now aware that instances such as the mass death of lemmings are a consequence of a dense population of creatures immigrating at the same time. He also found that cases, where pets died after their masters died, were as a result of the disruption of social life. The animals, in this case, do not make a conscious decision to die but they will not accept food from another individual because they’re so used to their master taking care of them. As a result, they die.  Thinking that these animals die of suicide is simply a projection of our human interpretation of the matter.

The truth is that stress can change animal behavior to the point where they can threaten their own life. A video taken at a SeaWorld Park went viral when a wild Orca appeared to beat herself for around 10 minutes on the side of a tank. After this, there were many articles that appeared indicating that she committed suicide.

We know now that orcas behave differently in the wild than they do in captivity. This is not surprising when you look at the size of a tank and the size of the ocean. Living in an unnatural environment has been known to stress captive orcas and trigger them to participate in repetitive behaviors. These behaviors can include grinding their teeth and rubbing the sides of their tanks.

ANIMALS HAVE EMOTIONS TOO

Barbara King from the College of William and Mary in Virginia, United States, says it is important for us to understand that animals experience emotions deeply. Understanding this can help us to understand why they sometimes act in self-destructive ways.

King notes that the majority of cases always come back to human intervention whether it is via confinement or poaching. King has written extensively on animal grief and apparent suicide.  It is found that animals that are kept under traumatic conditions can also experience symptoms of depression and even post-traumatic stress disorder.

In another story from a Chinese bear farm, a bear reportedly smothered her son and then proceeded to kill herself. This was done after the bears’ cub received a catheter into his abdomen to extract bile. The process was said to be extremely painful, which is routine in Chinese medicine. The newspaper reported that the bear killed her son and herself to prevent future torture.

It is believed that this was just another example of unnatural behavior that was triggered by stress and the fact that the animals were in an artificial environment for an extended period of time. The actions of the animals can sometimes be seen as their way of trying to escape their unnatural environment, their imprisonment.

Whales are another animal that is often cited for attempting suicide. It too is unclear as to why whales strand in the wild. One theory is that stranding is done when a whale is sick and is seeking the safety of shallow water. Whales are known for forming social groups, so once one is stranding and others see this, they may also follow. This is not considered suicide and is now known as the sick leader hypothesis.

Another theory that is more subtle is the infestation of the minds of hosts with certain parasites. These parasites can cause mind-altering behaviors as they thrive, causing the host to die in the process. One example is the infection of mice with the parasite Toxoplasma Gondii.  When mice are infected with this parasite, their innate fear of cats is switched off. The parasite also reproduces if a cat eats a mouse.

Similarly, infection with the parasite fungus Ophiocordyceps Unilateralis creates mind control in ants and literally turns them into zombies. The fungus will steer the ant into locations where the parasite can thrive and journeying to these places cause the death of the insects.

In spiders, mothers allow their young to eat them, they of course die in the process. This is an extreme act of care as the mother serves as the first meal for their offspring to survive.

We know that animals kill themselves, but is it that they intend to? In the case of the spider, the mother’s intention may be to primarily provide food. So she acts in the capacity of providing food for her babies and not intentionally dying.

Planning a suicide requires one to have a very detailed understanding of their place in the world. Experts believe that it is impossible to answer this question as it relates to animals. There is no way for us to read an animal’s mind. King is convinced that animal suicide is a question we just can’t answer because while we can look at their behavior, we cannot tell what is intended and what is not.

There are others that disagree with King, as they indicate that animals have the ability to plan ahead. Look at the birds that cache food, so they can eat it later, or the orangutans that save tools for future use. It is argued that this does not demonstrate abstract thought but just shows that they have the means to stay alive.

Planning a suicide is also said to require us to imagine ourselves no longer present in the world. This requires imagination, and we know humans have this ability but do animals?

While humans have the ability to imagine a number of scenarios, reflecting on each one and embedding them into bigger narratives, animals do not have this ability. When we compare our abilities to those of animals, there are some fundamental differences and distinctions.

Humans worry and have anxiety about things we have no control over. With our built-in optimism bias, we can overcome these worries often, but when depressed it is harder to do so adequately. It is recognized that foresight plays a very important role in our mental health.

Depressed individuals appreciate reality with a very true type of appreciation. We are the only animals with the capacity to cope with and understand our very own mortality. We as humans know that we are going to die, and we know possible ways we can die. Plus, we also are aware of the dangers of many activities that may cause death. Animals, however, do not have this awareness.

Animals recognize danger and fear it, but do they actually fear death? Zebras do not knowingly graze near lions. They fear the danger of the situation, they understand that lions are to be feared. They have an innate response to fear that helps to keep them alive, but they do not understand the scope of their mortality. Since suicide is inducing our own mortality, animals cannot commit suicide if they do not know that they have mortality.  So there can only be one logical answer to the question, do animals commit suicide? No.

Are you having suicidal thoughts, or suffering through an existential crisis? Why not give us a call, or fill out our contact form. We have mental health professionals ready and waiting to speak with you. Let us help you sort through your thoughts and feelings, and get you on the road to happiness and health.